Jersey Coast Family Medicine's mission is to provide Caring and Compassionate Family Medical Care with an emphasis on prevention and improving the overall health of our patients.  We have created a practice that we believe in and choose for our own family members.

We are a full-service family practice of dedicated, experienced physicians who believe in working with our patients to maintain and improve their health. We work together to serve your entire family for all of your medical needs in all stages of life. Our physicians believe in providing comprehensive health care services to our patients in a friendly, relaxed atmosphere. We also believe in educating our patients as we work with them to achieve the best physical state possible.

Each physician is Board Certified and comes to our practice with years of experience in their area of specialty.

Beginning in July each year residents will be assigned to our office to complete their three-year residency.  These physicians will establish their own panel of patients and will assist in the care of our existing patients under the guidance and supervision of Dr. Kelly Ussery-Kronhaus who serves as the Program Director for the Family Residency Program at Ocean Medical Center and Dr. Kenneth Kronhaus core faculty and site director.

Dr. Montgomery did her undergraduate studies at the University of Pennsylvania and received her Doctorate of Medicine from Jefferson Medical College of Thomas Jefferson University in Philadelphia.  She then went on to complete a residency in General Internal Medicine at Rhode Island Hospital, the major teaching affiliate of Brown University, Providence, Rhode Island.  After finishing her residency, she went on to develop and complete a Fellowship in Women’s Health Medicine at Brown University, the first Fellowship of its kind in the United States.

After completing her Fellowship, Dr. Montgomery worked at Women’s Health Associates, a teaching practice affiliated with the Department of General Internal Medicine at Rhode Island Hospital.  During this time, she also served as a consultant at Women and Infants Hospital in Providence, focusing on general medicine and medical complications of pregnancy.  She worked in conjunction with the Department of Maternal Fetal Medicine in the care of the most complicated pregnancies.  Following this, she went on to establish a women’s health medical practice in nearby New Bedford, Massachusetts.

Dr. Montgomery held multiple teaching positions within Brown University, focusing on the primary care of women.  She has published numerous medical journal articles and co-authored two chapters in a textbook of primary care medicine.  She continues to enjoy caring for primary care patients, including those with complicated medical conditions.  She is Board Certified in Internal Medicine and a member of the American College of Physicians. 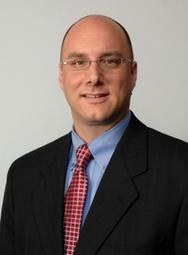 Dr. Eke was born in Jersey City, NJ and was raised in Plainfield, NJ. He earned a bachelor’s of science degree in biology from Delaware State University. After graduating from college, he spent one year doing research at the National Heart, Lung, and Blood Institute of the National Institutes of Health. He earned a master’s degree in health science from Meharry Medical College and his medical degree from Howard University College of Medicine. He chose family medicine as his specialty because he wanted to be prepared to treat patients of all types, and because family medicine physicians are at the center of their patient’s care. Charles is interested in working with medically underserved populations to minimize the access to healthcare gap and is looking forward to continuing his education at Ocean Medical Center. In his spare time, he enjoys spending time with his family, gaming with his friends, and playing basketball.

Dr. Gusler was born in Ukraine and moved to the United States at the age of 8. He graduated from University of Illinois with a Bachelor’s Degree in Biochemistry which was followed by a medical degree from St. George's University School of Medicine. Dr. Gusler's passion for Family Medicine arose during his clinical years when he was able to spend time and care for his patients. In addition, he was ecstatic about having the opportunity to form long-term relationships with the patients during which he saw them getting better before his eyes. Hackensack Meridian Health Ocean Medical Center’s Family Residency Program will enable him to build new long-term relationships with the population while obtaining top notch education from the fantastic staff. Dr. Gusler's interests vary greatly from emergency medicine to sport medicine and academia. During his free time, he enjoys tennis, snowboarding and travelling all while supporting his Chicago based professional sports teams.

Dr. Rubin was born in Northern New Jersey and was raised in Paramus. She received her bachelor’s degree in social science with emphasis in social work from Ramapo College of New Jersey, graduating with high honors. After graduating from college, she ran a Family Medicine Practice as office manager from 2007-2014, where she decided to go after her lifelong dream of becoming a doctor. She went on to pursue a medical degree from The Alabama College of Osteopathic Medicine, choosing family medicine as her specialty.   Getting to know her patients and their families and keeping them well is what drives her.  Simone is interested in working with a population of all ages and backgrounds to provide the best healthcare for the community.  She is grateful for her education and time at Ocean Medical Center. In her spare time, she enjoys spending time with family, including pets: Chocolate Lab Kahlua, Cats Mittens and Loafy, Moe the mini pot-bellied pig, and Speedy the turtle.

As a lifelong resident of Monmouth County Dr. Scott is excited to be completing his residency so close to home.  He received his undergraduate degree from Providence College and completed a masters degree in biomedical sciences from records University. He went on to attend Rutgers, Robert Wood Johnson medical school where he earned his medical degree. His passion for family medicine stems from is interested in preventive medicine is desired to build strong relationships with his patients, their families and the communities that he serves.

Dr. Khan was born in New York City and grew up in Princeton, New Jersey. His passion for medicine began when he volunteered as an emergency medical technician during high school. Dr. Khan went to New York University where he earned his bachelor of arts in chemistry and attained his doctorate of medicine from Rutgers New Jersey medical school. He is excited to be a family medicine resident.

Dr. Weinfeld was born in Queens, NY and raised in Manalapan, NJ. She received her bachelor's degree from New York University where she majored in Nutrition & Public Health and minored in Chemistry. After college, she worked at Mount Sinai School of Medicine as a research coordinator studying epilepsy. She then moved to Brisbane, Australia where she received her medical degree at the University of Queensland School of Medicine. During this time, she completed coursework at family medicine practices in NJ and Toronto, and she became inspired to address the medical needs of aging populations as a primary care physician. In her free time, Dr. Weinfeld enjoys yoga, tennis, traveling and culinary adventures. She is excited to return to NJ for the next chapter of her medical career.

Dr. Coronica was born in The Philippines and moved to the United States at the age of 14. He grew up in the sunny state of Florida and finished his undergraduate studies from the University of Central Florida. He graduated with a medical degree from St George's University School of Medicine. He is very happy to be part of the Jersey Coast Family Medicine Practice and Hackensack Meridian Health Ocean Medical Center and to learn and grow as much as he can as a physician. In his spare time he enjoys biking by the coast, playing basketball or soccer, and spending time with family. 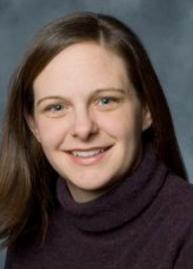 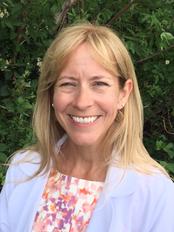